The recent New York Times article on the Islamic State that I discussed in this post is accompanied by a photo that is said to be from "a militant website." Here's the photo: 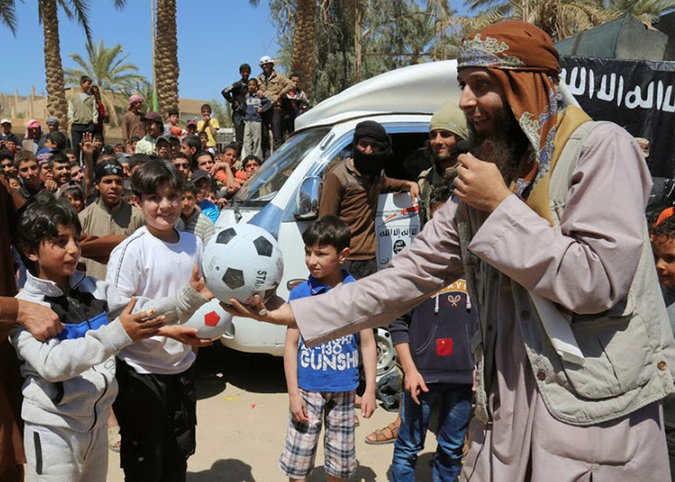 Precisely in the center of the photo is a boy wearing a blue shirt. It appears to be a polo shirt, although it's possible it's a T-shirt over a polo shirt. The real mystery associated with the shirt, however, concerns its message: What's the message and was it intentional?

Here's what can be read on the shirt:

The AC-130 is a modified C-130 flown by the U.S. Air Force to provide air support for ground units. Its side-mounted weapons have been used to devastating effect in Iraq, Afghanistan, Somalia, and Libya, mostly against suspected insurgents and terrorists on foot and in vehicles. Some have called for AC-130s to be used against Islamic State forces in Syria and Iraq, but its vulnerability to anti-aircraft fire (the reason for the flares being deployed in the photo below) and the fact that it is used in conjunction with troops on the ground who direct its operations have militated against deployment against ISIS. 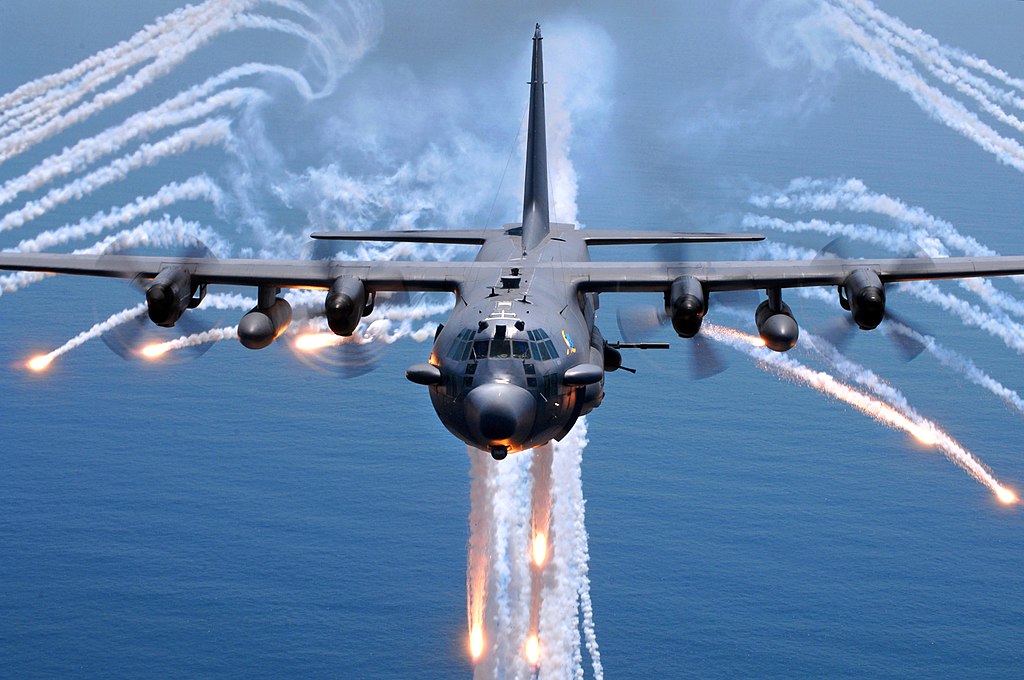 But, getting back to the shirt: Was it printed up and distributed by the Islamic State? Is this why the boy wearing it seems almost to be posed in the center of the photo? Is there another photo where this one came from that displays the full message? And, again, what's the message?
Labels: Middle East
Newer Post Older Post Home