On July 2, in the Thai Hoc Courtyard of the Temple of Literature (Van Mieu) in Hanoi, I witnessed an interesting ritual. A small but persistent stream of Vietnamese teenagers filed past the 82 tablets mounted on the backs of carved tortoises. Most touched each tortoise on the head; some left small offerings of money. The stone tablets (or steles) honor scholars who earned doctorates between the 15th and 18th centuries at Vietnam's oldest university, which was established by the emperor Ly Nhan Tong in 1076. Today's students were there to seek inspiration--or at least good luck--from the students of earlier generations in advance of Vietnam's highly competitive university entrance exams. Looking for an additional edge, many students (and some of their parents as well) moved from the tortoise stelae to the nearby Temple of Confucius to offer prayers for good exam results. 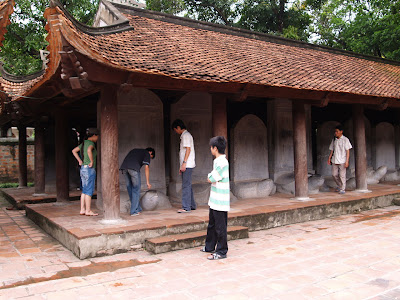 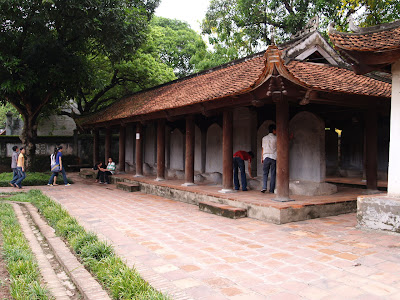 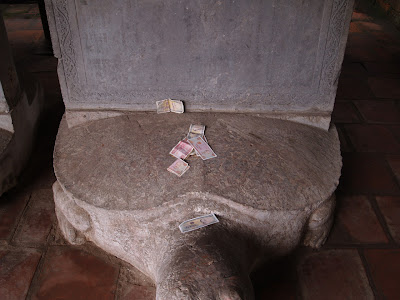 This year, 1.8 million Vietnamese students sat for the exams that determine who will get the 300,000 spots in the entering classes of Vietnam's 300 universities. In Hanoi, commercial traffic was restricted on roads near the examination sites in order to relieve the congestion created by students appearing for their exams.

According to a recent story in Time, Vietnam's impressive economic growth is already being imperiled by a shortage of skilled workers. There is, quite simply, not enough educational opportunity to meet the demands of the many young people who are eager to improve their ability to compete in the global economy. Nor is the system of higher education in Vietnam adequate to meet the demands of the nation's rapidly developing economy.

One foreign university--the Royal Melbourne Institute of Technology--has established a presence in Vietnam. If Vietnamese authorities can be convinced that such arrangements do not unduly threaten the communist orthodoxy that prevails in their universities, there may be room for many more foreign universities to help Vietnam bridge the gap between higher education needs and opportunities. And unless something is done to increase Vietnamese teenagers' odds of getting into a university, the venerable tortoises in Hanoi's Temple of Literature will be in danger of being rubbed into dust.